Microsoft is changing a lot in the last years, the company is committed to integrating SSH into Windows, SQL Server would be soon available on Linux, Azure is the best cloud platform to run open source and Ubuntu shell runs on Windows 10 and that makes me very very happy 🙂

Microsoft working hard to change the perception of being a Windows-only company !

To enable Ubuntu Bash on Windows 10 you have to set under “Use developer features” the Developer mode option to setup the environment to install Bash: 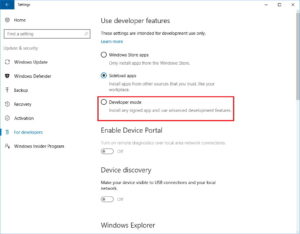 Once your computer reboots, open Control Panel, click on Programs and Turn Windows features on or off to set: 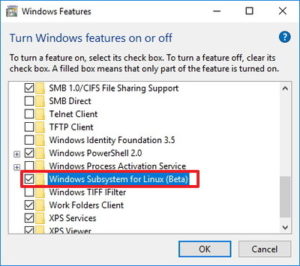 Bash on Window is not a virtual machine or container, it is not a full Linux distribution, Bash on Windows is a way to run Linux applications and Bash commands natively on Windows, with access to the Windows File System, it runs atop a Linux-compatible kernel interface, the subsystem as a whole requires fewer resources than a full virtualized machine.

Here is my awesome desktop:

Enjoy to run Bash on Ubuntu on Windows !